Eagles on the beach 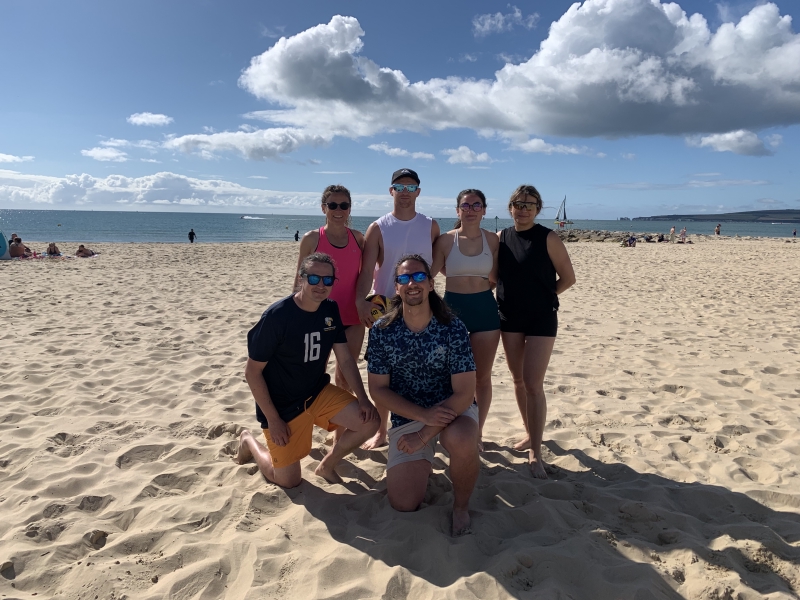 Now that all the indoor volleyball leagues are won and over, the Eagles decided to have a shot at beach volley.
Since the traditional Sandbanks four-a-side was not going on this year, for the first time in the Winchester Eagles Volleyball Club long and illustrious history, the club managed to enter teams in the official UK Beach Tour.

On Saturday 2nd July, two men’s teams (Olli and Robin and Scott and Mattie) and two ladies’ teams (Nina and Angie and Liz and Beth) competed in the three-star Sandbanks tournament. On what was a really windy day, the Eagles soon learnt how hard it is to fly against the wind but still had a great time and learnt a lot from their more experienced beach volley opponents.

On Sunday 3rd July, the Eagles competed in the one-star mixed pairs tournament with three teams (Nina and Mattie, Beth and Scott and Angie and Olli). On a much sunnier and less windy day, the Eagles performed much better. All Eagles teams gave the opposition a good run for their money, taking several sets in their pool games and playing many match points.
Olli and Angie concluded the day on a positive note, winning their last game with a very convincing 2-0 score.

What a fun day for our players who are mostly new to beach volley.
All we need now is some beach courts in Winchester so we can train and a new Beach Volley Club can easily start. Watch this space.