A great volleyball weekend for the Eagles Mixed Teams 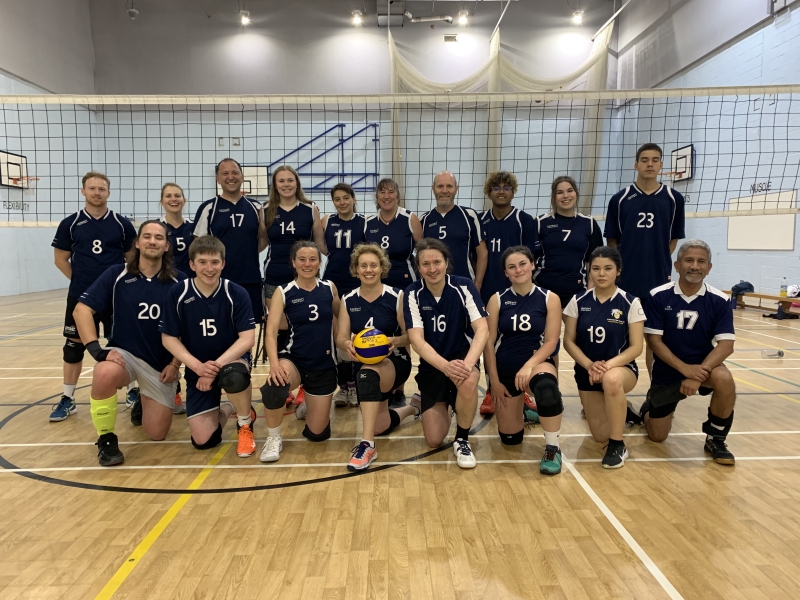 It was an intense volleyball weekend for the Eagles Mixed Teams. On Friday, both Mixed Teams competed in the SADVA League, playing each other in an all-Eagle derby as well as facing the SVC Mixed team. The veteran Eagles team secured both games with 2-0 victories, whilst the younger Eagles put up a good fight in the derby and lost to SVC.
On Sunday, both teams played in the last Mixed HVA Grand Prix of the 2021-22 season. With a total of eight teams competing, the Eagles sides had to play a total of seven timed games each. Both teams did extremely well, one securing fourth place and the other team taking home the gold (and a yummy box of celebrations – a much needed energy booster after so much volleyball).
The club is very proud of all its players, who have shown great volleyball skills, total commitment and awesome team spirit throughout the season.
It’s amazing how much our Eagles have grown, both as individual players and as a team. A tribute to our coaches and all their hard work this year.