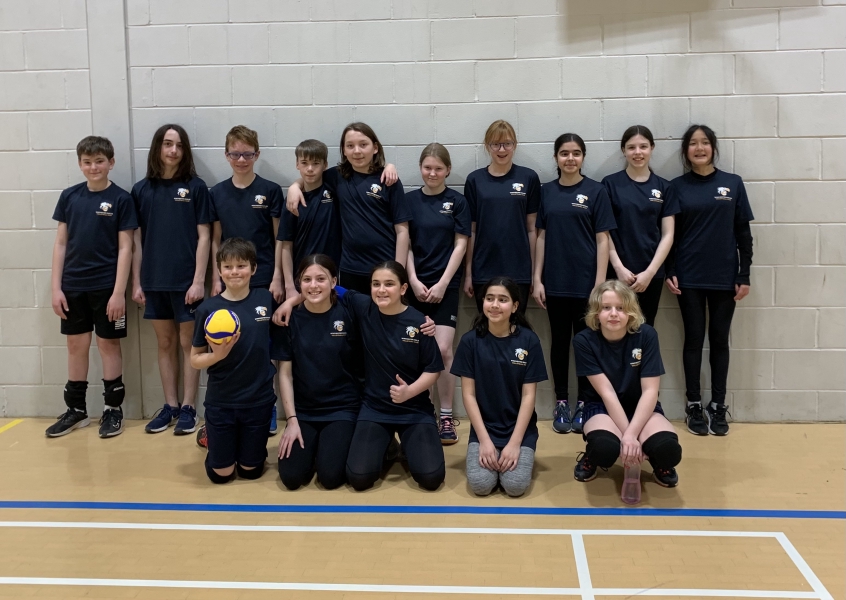 Today, Saturday 12th March our Juniors made yet another trip to Cams Hill School in Gosport for the third Hampshire Volleyball Association Junior Grand Prix. The Eagles took part with three teams: an Under 14 Girls’ Team, an Under 14 Boys’ Team and an Under 12s Mixed Team, with a total of 15 players taking part.Our young athletes competed against clubs from all over Hampshire, including South Hants, New Forest and Farnborough. Our coaches Andy and Angie were once again very impressed by the quick progress made by all players. Great improvements were noticed not only compared to the Eagles’ performance in the last Junior HVA Grand Prix a couple of months ago, but also throughout the day. With every game played, our Eaglets grew stronger, more confident and more aggressive in their serves and attacks. The hard work done at training in the last few weeks on defence and serve receive also paid off, with our pass getting better with every set and more and more calls for the ball heard on court.There were moments of brilliance, with serving aces, three touches building up an attack, blocking, and even linking and rescuing the ball. Great volleyball skills all around. It was great to see the teams gelling, players encouraging and supporting each other, awesome team spirit and a good dose of resilience when playing against more experienced sides.Our Most Valuable Player award today went to Erwann for a superb overall performance and for his positive attitude.A big thank you to all the parents for making the trip and coming to support our Juniors. We look forward to seeing you all again at the next HVA Junior Grand Prix on 22nd May.