Hat-trick for the Ladies at HVA today 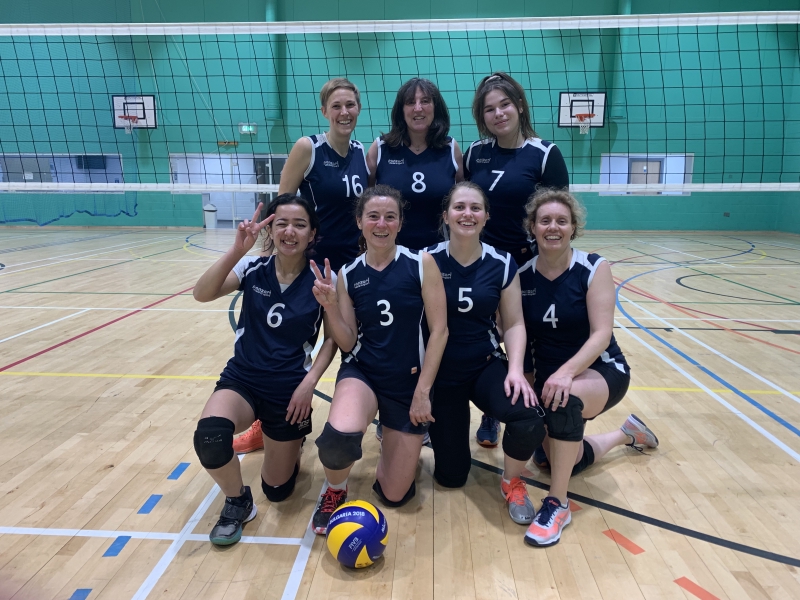 Today at the HVA Grand Prix, the Winchester Eagles Ladies played three tough games, all against teams that they had faced in November and December 2021. But this is 2022: New Year, new team and it was pay back time. The first match was against Guernsey Ladies and it was always going to be a tough one. Back in December, the Eagles had lost to them at the tie break by a handful of points and they were determined not to let that happen again. In the first set, the Eagles had a shaky start and Guernsey Ladies took an early lead. However, just when the Guernsey Ladies were starting to relax and think it was going to be an easy win, the Eagles started fighting back big time and it got to 23 all. If it hadn’t been for a random whistle blow that made the Eagles players stop, the Eagles would have definitely taken the set, led in their comeback by Courtney’s amazing serves. But unfortunately the first set went to the Guernsey Ladies by a couple of points. The second set was close too, with both teams trading points but in the end the Eagles took it and they went on to win the tie break too. Great start of the morning for the Winchester Eagles and just reward for a team that never gave up and fought for every point.

The second game was easier. The Eagles were facing South Hants Ladies, a team they had already beaten back in November. South Hants went on court with a mixture of experienced players and promising juniors, but they could not do much against the unstoppable Eagles Ladies. The Eagles took advantage of their early lead 5-0 (again, amazing serves by Courtney) to refine their tactics: ball distribution improved dramatically, the Eagles’ attacks became undefendable and we started to see some very effective use of backcourt hits. Defensively, the Eagles protected the court impeccably, with great and prompt comms and very well-adjusted positioning on court. Always starting with a comfortable lead, the Eagles were free to practise their aggressive serves and they took both sets quite easily, with South Hants barely reaching double figures.

After the resting and reffing break, the Eagles Ladies had to get their focus back because their last game was the one they wanted to win the most. The Golden Ladies had beaten them in their very first game of the HVA league back in November and the Eagles were ready to take their revenge. This time, they knew all the Golden Ladies’ tricks and they were not going to be taken by surprise. The Golden Ladies had two very strong players who dominated the court. They also had another two very experienced players who, despite serving underarm, had won way too many points with their tricky serves, not only (frustratingly) against the Eagles back in November, but even against SVC today (despite the fact that SVC had fielded mostly NVL players). The Eagles Ladies were smart and they neutralised the Golden Ladies’ servers with strategic positioning on court in serve-receive. The move worked and the killer serves simply didn’t happen for the Golden Ladies this time. Still, the Eagles had to keep their cool because the Golden Ladies were good at returning the ball defensively and had two very strong hitters. However, the Eagles put great pressure on them with aggressive serves and relentless attacks, both front and backcourt. The Eagles tactics worked and every single player gave 100% for every point and it showed. The Eagles won both sets to take the game. It was celebration time! Three games, three wins. This is the Winchester Eagles 2022 team. And we absolutely love them!

Well done you lot, I hoped you enjoyed it. Superb