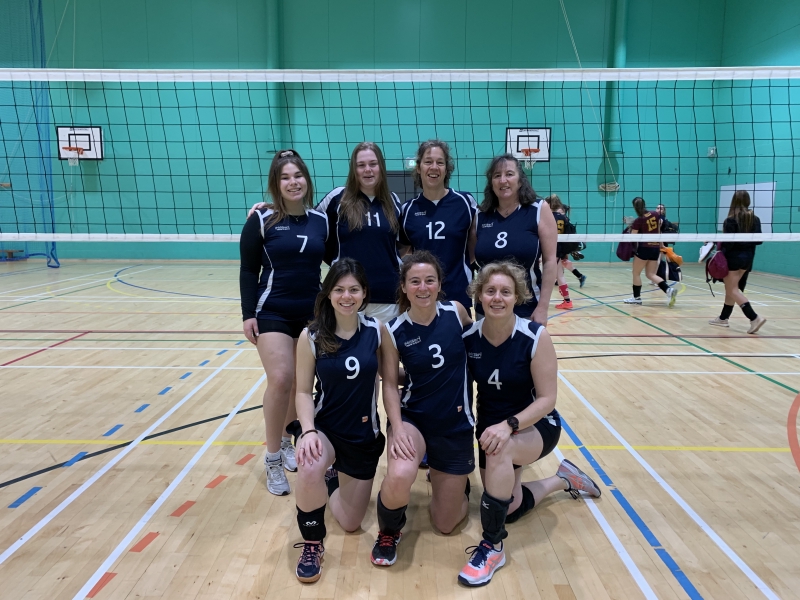 A great day at HVA today for the Winchester Eagles Ladies’ Team. Three games, all taken to three sets and some truly amazing volleyball.The Eagles had a tough start, with their setter dropping out last minute due to injury. Fab had to stand in, despite having an injured finger herself and what a fabulous job she did. Her sets were steady and consistent and her ball distribution great. Definitely MVP for the day. For the first game, the opposition was a tough one: Southampton Volleyball Club. Not only did they bring in their Div 3 National League Players, half of the team was made up of their Div 2 NVL players. SVC took the first set rather easily while the Eagles were finding their feet but the Eagles were not going to let them take the game without putting up a fight. And what a spectacular fight it was! The Eagles Ladies fought point after point, putting SVC under great pressure with strong serves and relentless attacks, both front court and back court and they took the second set. It started to look a bit embarrassing for SVC and they were very nervous when the Eagles came incredibly close to winning the tie break. Unfortunately, SVC ended up winning the third set (helped by distracted scorers that forgot to give the Eagles a point at the 10-10 crucial moment). The Eagles were defeated but could proudly hold their heads high.The next game was against Southampton University Volleyball Team. The Eagles took the first set easily but SUVC fought back and took the second set. The tie break was very close but unluckily the Eagles lost by a handful of points.The last game against Guernsey ladies was again very tight. It ended at the tie break and the Eagles, after a shaky start, had a great come back, really supporting each other through the rough patches and ending up only a couple of points behind.Despite the disappointing final scores, the Ladies showed great team work, resilience and determination. The team is growing stronger after each game and results are sure to follow soon. Watch this space.

Well done Ladies, great effort against the experienced SVC and unlucky to lose against the youthful University. You did us proud.