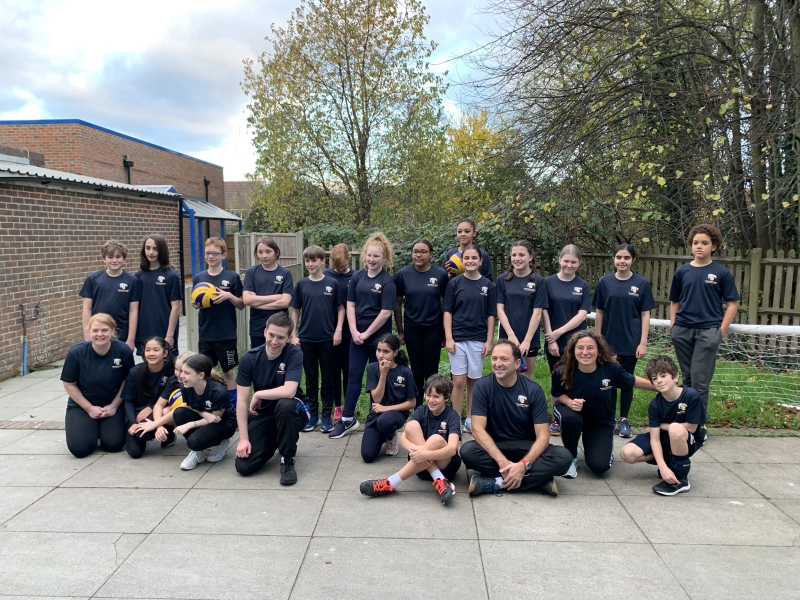 On Sunday 21st November, our juniors competed in their first ever volleyball tournament, taking part in the Hampshire Volleyball Association Junior Grand Prix in Fareham. The juniors’ uptake for the competition was incredible and the Eagles were able to enter three teams in the Under 14s category and two teams in the Under 12s. With a contingent of 20 players across five teams, the Winchester Eagles were the Club with the highest number of athletes competing, a great achievement for a volleyball club that has only started its junior sessions a few weeks ago.
The Eagles’ accomplishments, however, did not stop there. Coaches Andy, Angie, Robin and Saffi felt extremely proud of all our junior players, who displayed great skills, team spirit and resilience in all their games and fought on undeterred even when facing more experienced players who had been training together for years.
A special mention goes to our mixed Under 12s team, who took everyone by surprise and took home the gold, coming first in their category. What a smashing start of the season and what a success for such young players who have only just started playing volleyball.
All our athletes performed incredibly well throughout the day. Each team consisted of four players and played six games against teams from other Hampshire clubs, including Portchester, South Hants and Farnborough. Our juniors even learnt some refereeing skills, as they were called to score, line judge and referee other teams’ games.
Our club coaches’ award went to Peter, who displayed great team spirit by constantly encouraging his team mates during their games not only when they scored points but also when they made mistakes.
Finally, a huge THANK YOU to all the parents and carers who not only drove our juniors all the way to Fareham but also stayed on to cheer them on and support them.
The juniors section of the Winchester Eagles Volleyball Club is growing fast and is very promising. Our athletes are training hard week after week and are continually improving their skills. We look forward to seeing them compete again in January in the next HVA Junior Grand Prix.

Well done the Little Eagles. Great effort by all and wonderful to see The Eagles represented by a Junior team after 32 years..