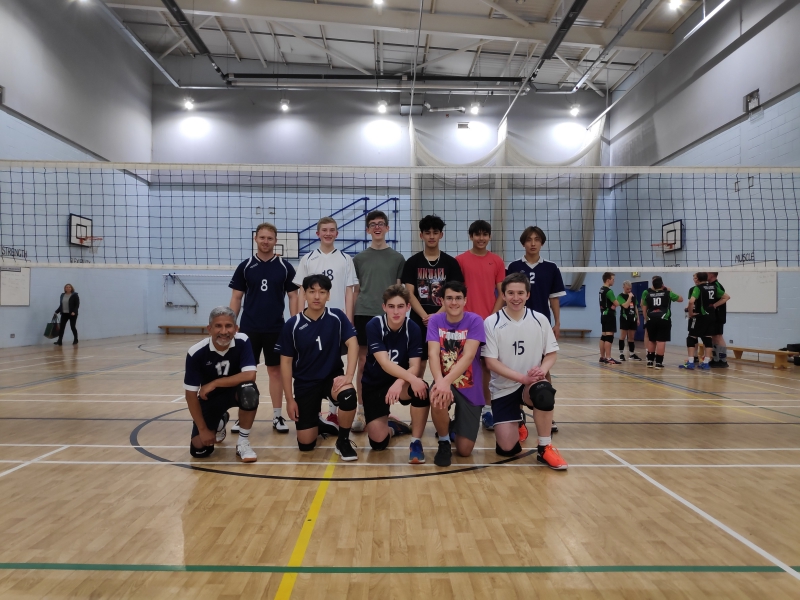 As the saying goes “Remember, remember the fifth of November”. Well, it will certainly be remembered for the Eagles, as history was created when the men’s second team played their first ever match! Not only that, but it was the first time in the club’s history that the two of the club’s teams had played against each other in the Men’s SADVA League!

Straightaway, there were rockets fired by Samay Limbu and Jake Jones for the second team. However, it was the first team who took the upper hand by winning the first set.

In the second set, there was some explosive blocking by George Henderson and Scott Butler, but it wasn’t enough to stop the first team winning the second set, leaving the second team’s hopes of their first match win burning on the pyre – the final score 2 sets to 0.

However, celebratory fireworks weren’t out of the question yet: the second team still had a match to play against New Forest Ambassadors. This was proving to be a baptism of fire for the second team though, as this was also New Forest’s first team!

The Eagles started with a bang with some excellent hits from Christian Whitlinghum and Marat Vasfiev; and Setter Julio Robles showed some flare with a deceptive dump set, but once again, it was the opponent who took the first set.

Despite being a set down, the Eagles’ spark refused to be extinguished with Libero Freddie Lock commanding backcourt and Captain Nikesh Gurung taking strong leadership, which helped set up a fantastic attack for Middle Ayush Gurung. Regardless of this, their efforts to win the set and stay in the game proved to be in vein and The Ambassadors came away the victory winning 2-0.

The second team can hold their head up high, knowing that they gave it their all against experienced opponents. They made their coach Robin Hunt proud by learning a new rotation in only a few days and are developing fast – there is a bright future ahead for these Guys!