Ladies Through To SEVA 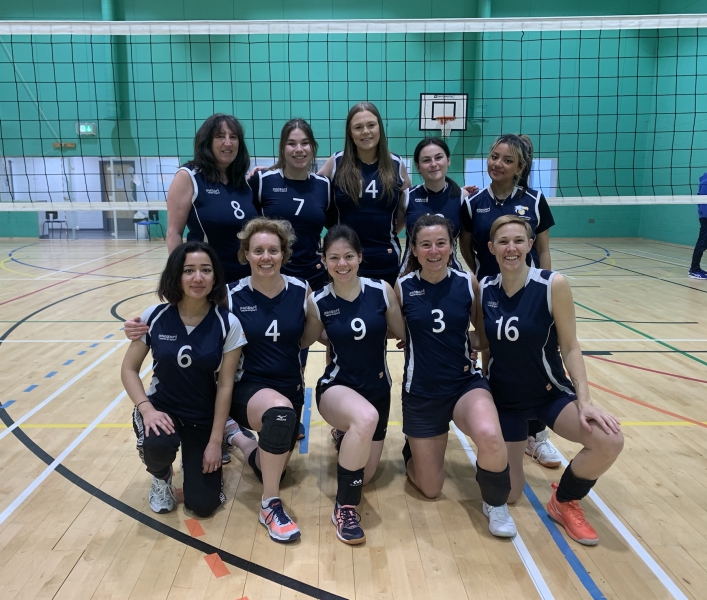 Today, 20th March, the Eagles Ladies Team competed in the last fixture of the Hampshire Volleyball Association League. With Salisbury Ladies unable to field a team for the day, the Winchester Eagles only had two games instead of the usual three but they were going to be key ones.
They first faced the Southampton Volleyball Club team, which at that point were still first in the league. The Eagles secured the game with a very convincing 2-0. This opened the way to qualifying for the South East Volleyball Association, especially after SVC were beaten also by Guernsey Ladies. All of a sudden, anything could happen.
After reffing, the Eagles faced SUVC. This proved to be a very tough and tight game, with both teams trading points and winning one set each. The tie break was going to be the decider. The Eagles put up a superb fight and lost by only two points.
In a league where every set and every point counts, the Ladies were rewarded for their hard work: they came second in the league and therefore are through to the regionals. What an achievement for such a newly formed team. On 14th May they will be competing against the best teams in the South East in Dorking.
The winners of the HVA League, Guernsey Ladies, invited the Eagles to play a friendly. Once again, the Winchester Ladies proved they belong right at the top, trading point on point against the champions. The match ended as a draw (one set all) for lack of time but the Guernsey Coach was overheard telling his players the Eagles are the ones to watch next season. Exciting times! Well done ladies!