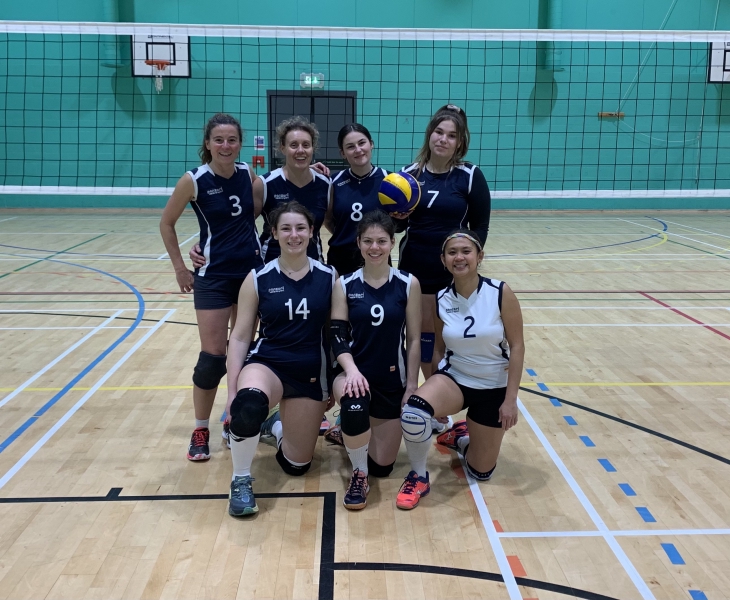 Yesterday, the Winchester Eagles Ladies played their first three matches in the Hampshire Volleyball Association Grand Prix in Gosport.
Their first game was against a very experienced team – The Golden Ladies. The Eagles put up a very good fight but unluckily lost both sets by a handful of points.
In the second game, the Eagles Ladies upped their game and greatly improved their performance. However, they were facing a stronger opposition – Salisbury Ladies – a team made up of players from several clubs. Unfortunately, the Eagles lost both sets again by a just few points. Despite the defeat, they came away from the game aware that they were playing better and better and were really starting to gel as a team, so the vibe was positive during the refereeing break.
The great team building paid off in the last game. The Eagles Ladies were not going to head home without a victory and they comfortably took both sets against a strong South Hants Ladies team, dominating the game thanks to aggressive serving, smart hitting and great ball distribution by the Eagles new setter.
It was amazing to see how quickly and how much the team grew in just one day of volleyball. Considering that half of the team was playing out of position because of a very limited roster and that quite a few players had never played together in a match before, this Eagles Ladies team looks very promising. The girls certainly stand a very good chance to climb their way back up to the top of the league where they belong. Watch this space!